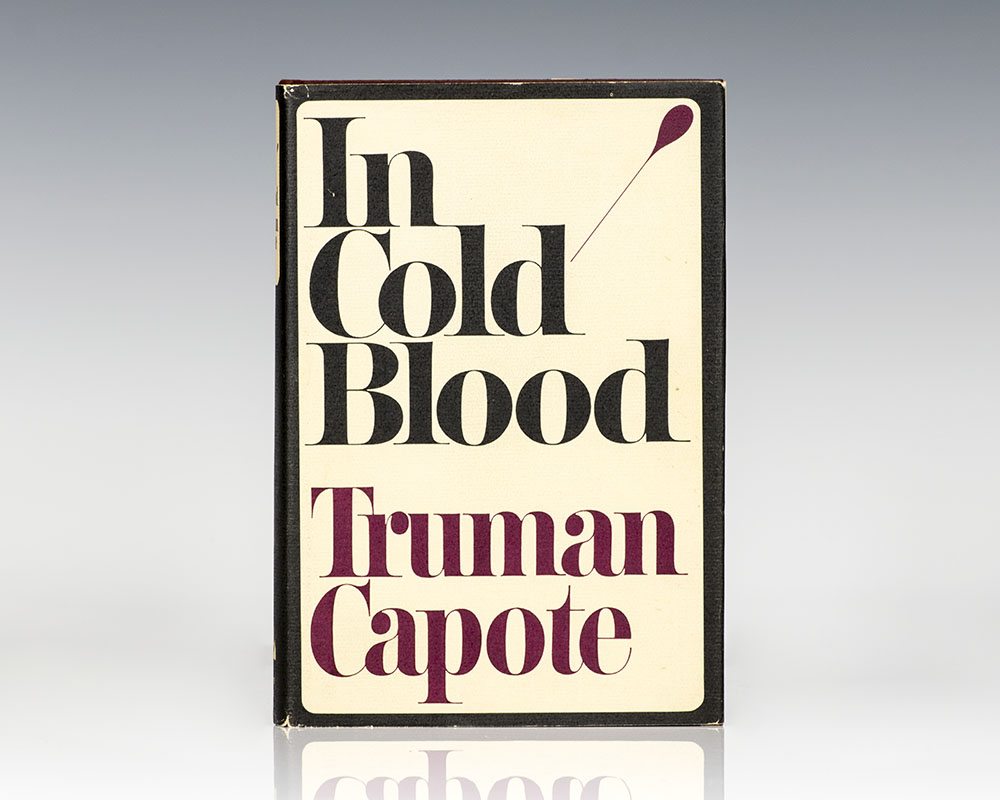 True Crime Studies: An honest review of In Cold Blood

I know it seems redundant to review In Cold Blood 54 years after it’s been published. The Withering Heights of true crime books, everyone has most likely heard about it by now though there are many who have yet to read it. I believe everyone should crack it open at least once. It’s largely credited as being the founder of the true-crime genre, making it a classic and one of the pioneers of literature, although I am not one to praise any novel just because it has the word “classic” attached to it. I think people should know more about it other than its status.

Truman Capote changed the literary world forever when he published In Cold Blood in 1966. It details the murders of the Clutter family in 1959 in the small farming community of Holcomb, Kansas. The four victims, Herbert Clutter, his wife Bonnie, and their two youngest children, Kenyon and Nancy were found dead in their house one morning with no obvious signs of robbery or any clue as to who did it. There seemed to be no motive.

In Cold Blood shares the last few hours of their lives before it gets into what the story is really about: the two deeply disturbed men responsible, and honestly…I expected something more. With the kind of reputation that this book has I expected something other than what felt like a two-hour special of Criminal Minds. I know In Cold Blood is more or less the first of it’s kind, so when compared to more recent true crime wonders like Helter Skelter, Devil in the White City and Columbine, it’s a slight let down. But read without expectations, and it is a phenomenal piece of true crime literature.

Perry Smith and Richard “Dick” Hickock are the murderers of this story and one doesn’t have to be there with Capote to know that he had conflicting feelings about them. The beginning of the novel talks much about the Clutter family. Enough to make readers mourn their deaths when it happens but much like how they died, the Clutter’s cease to exist once their hearts all stop beating. Capote drops them as if they never existed, further enforcing the “in cold blood” feeling the crime created when it first happened.

A crime of seemingly random chance. It’s that randomness that truly fascinated the public. “Of all the people in all the world, the Clutters were the least likely to be murdered.”

There are really two narratives in the novel. The confusion of the crime itself and that of Perry Smith. There’s a whole story about the creation of In Cold Blood that claimed Truman Capote became very attached to Smith while interviewing him. Almost too attached some might say, and the novel pretty much confirms this. The amount of time Capote spends on Smith is astounding, even the worst bits are spun in a sympathetic light. He spends pages and pages detailing Smith’s childhood, personality, and motivations while hardly a few paragraphs are saved for Hickock. (Not that I blame him because Dick was truly a dick.)

Make up your mind Capote

By focusing on Smith and his dark, damaged mind, it keeps the shock and pointlessness of the crime front and center. If Capote focused more Hickock it would have taken an entirely different perspective. Smith was harder to pin down and apparently had the capability to do good, which in fact was the alleged point of In Cold Blood. Capote was supposedly trying to humanize the Clutter’s killers, but in all honestly, the novel jumps around too much to make it believable.

Capote added in details that were unnecessary and then dropped them just as quickly. He goes too deep into trivial facts and not deep enough into important ones. He shows so much of Smith’s upbringing, painting him as a victim of his own mind and society, but then throws in a detail that disregards all of that. Then there’s the story of Hickock, the one who instigated the crime in the first place, who Capote doesn’t even try to reform in the reader’s eyes. (Again, I don’t blame him). A psychopathic pedophile rapist who admits that he only robbed the Clutters because he wanted to rape 16-year-old Nancy. (He never did by the way. Smith stopped him before he got the chance.)

Jammed back race to the finish line

The final section of the novel is where it struggles to stay afloat. Smith and Hickock are arrested and sentenced to death but Capote doesn’t stop it there. He doesn’t even skip ahead and show their execution. No. He spends several pages discussing their eventless life on death row. He even goes as far as to introduce some of their neighboring murderers and their life stories. Lowell Lee Andrews a.k.a. “The Nicest Boy in Wolcott” and spree killer buddies George Ronald York and James Douglas Latham. They appear in the final section of In Cold Blood and stick around as if they had been there the whole time. All the while, Smith and Hickock go on, unconcerned about their approaching death date.

I was honestly expecting something more chilling than what I got. Over the years, I’ve heard many rant and rave over the sheer cold brutality featured in Capote’s novel, the stuff of nightmares. Maybe it’s because I grew up obsessing over serial killers and read too many books detailing their twisted crimes but what was featured In Cold Blood feels like a combination of attempted psychology and point-by-point descriptions of true-life events but not enough of either. There is also an incredibly long section that deals strictly with their trial that feels a bit redundant. It’s used to include the public perception of them, their reactions to the public, their confessions, and their psyche evaluations but Capote crams everything together as if he was rushing to the finish line.

The true strength of In Cold Blood lies in its style. A true crime book that’s written in the form of a novel starting with a prologue, withholding the gory details until the very end, and ending with two men hanging from the gallows. Despite my complaints, it’s very good.

Into the Drowning Deep: Be Afraid of the Ocean