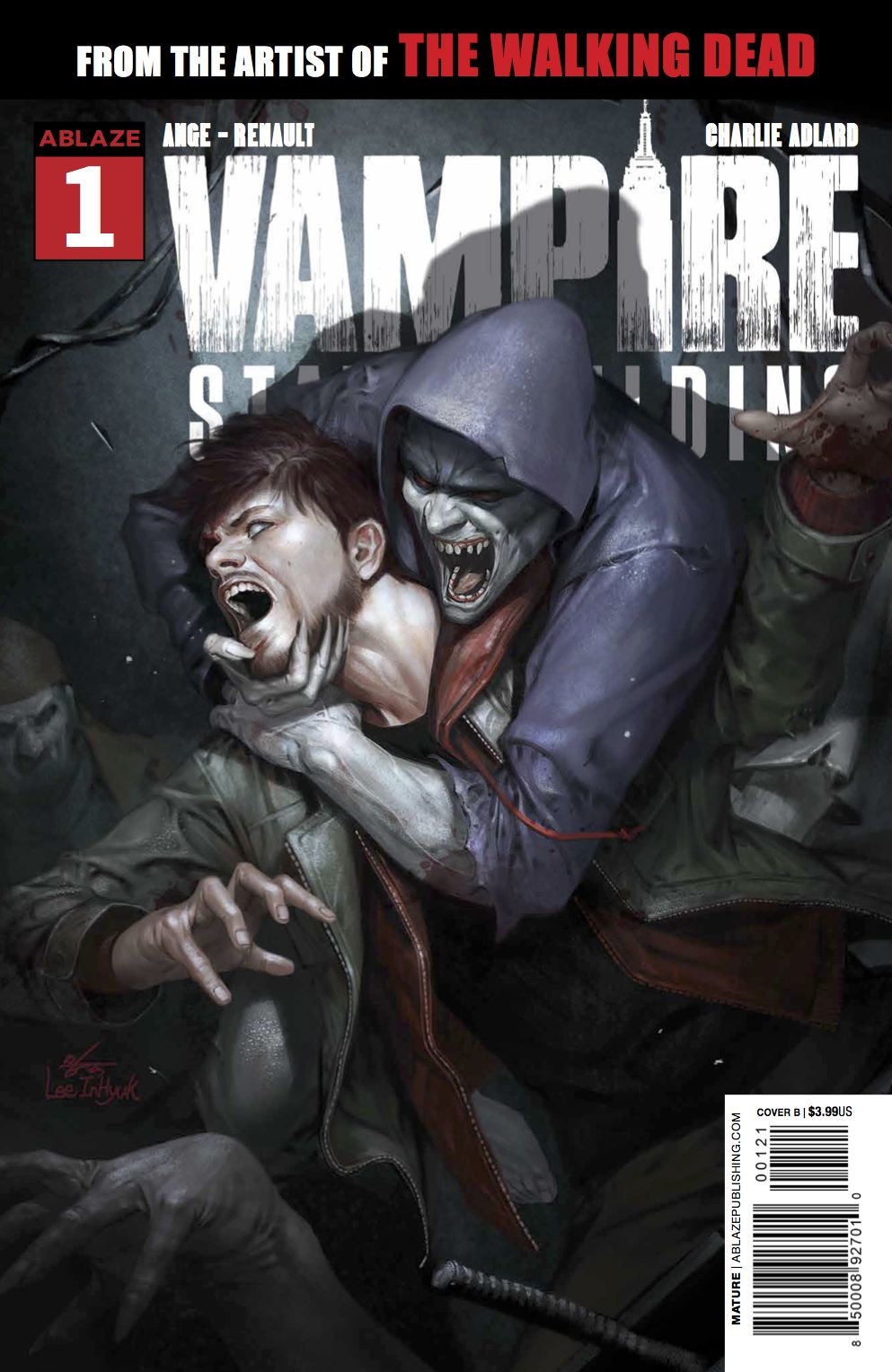 Have you ever thought about where you would want to be during the zombie apocalypse? Me, I would run to the nearest Target and lock myself in. I bet I could survive at least a year in there. You know where I wouldn’t want to be? Inside one of the most popular tourist destinations in Manhattan. But that nightmare scenario is exactly what Ange and Patrick Renault play out in their newest graphic novel, Vampire State Building.

So, what actually happens?

Terry, a soldier about to leave for Afghanistan, meets up with his cousin and friend group for one last night out, starting at the top of the Empire State. While they’re on the observation deck, people on the street start turning into mindless, hive-mind vampires controlled by a “father” vampire. Turns out, the ESB was built on top of a sacred Mohawk burial ground and was the meeting point for an evil, cannibalistic sect of the tribe. Now, Terry and his friends have to fight the vampire zombies and the NYPD to escape with their lives.

You would think so. Unfortunately, this graphic novel just never lets itself have fun. The story’s tone is way too serious, but at the same time the characters are not developed at all. I literally only remember one of their names, and I read this thing last night. Most of the plot is devoted to their escape plan, which would have been so much better if I actually cared about the characters at all. To me, the ending was also very confusing and I had trouble telling some of the characters apart.

Another thing that I really hated was the character deaths. First of all, we had no idea who the characters were as people, so I did not care at all when they died. Secondly, this graphic novel fell into the disappointing trope of killing off all the characters who weren’t white first, leaving two white people to be the last ones standing. And that’s not even going into the stereotypical Native American burial ground plotline. Seriously, it’s 2020, how are we still doing this? Move beyond these played out tropes. For that reason alone, I wouldn’t recommend this to anyone.

Was there anything good about it?

I don’t mean to sound like I hated this graphic novel from start to finish. The pacing and stakes were really compelling. I also loved some of the art, especially that at the end. There was one panel showing the Empire State Building on fire, and that was really cool to see. Also, the last few pages were a great wrap up to the story.

Vampire State Building was a very surface-level zombie/vampire story with a fun premise. Personally, I wouldn’t recommend it, but you might like it if you’re looking for a standard, popcorn horror comic.

True Crime Studies: An honest review of In Cold Blood