The full-time care wing of Dayspring General Hospital was darkened to a dim light throughout the main hall when Clara’s night shift started.  She worked as a part-time nurse at Dayspring overnight as she took graduate courses for medical school during the days.  She was often exhausted during her nursing shifts, but coffee helped.  That, and Dayspring was usually quiet at night, so all Clara had to do was make hourly checks on the patients and she was good to go.

The night crew usually consisted of anywhere to three to five nurses at night, but Dayspring was understaffed, so only Clara and one other nurse, Janet, were working.  Clara sat at the main desk filing paperwork into the computer when Janet came back from checking on some of the patients.

“How is everyone doing tonight?” Clara asked as Janet took a seat at the desk beside her.

“All of the rooms seem good; no alarms going off, thank the lord,” she answered as she shifted through files in the cabinet.  “Damn, the day crew don’t know what they’re doing anymore.”

“Is everything okay?” Clara asked.

“Yeah, just a rash of spotty work from our lovely dayshift coworkers,” she said.  “We have a new patient in Room #7 but I can’t seem to find any paperwork on her.  It looks like she isn’t checked into any of our records.”

“Do you think she doesn’t belong in this wing?”

“Woman, I doubt it,” Janet said.  “She looks older than most of our other elderly guests and as frail as fine china.  My chips are on the dayshift misfiling it with another wing in the hospital.  I’m gonna have to go down to archives on Level 1 to see if I can find any duplicate copies of her record so we don’t have any nasty, medical surprises with her if she starts stroking out.  You good to watch things up here?”

Clara hesitated for a moment.  “Yeah, I’ll be good for a little bit.  You can go down.”

Janet went out the door leading to the stairs as Clara tried to refocus on inputting data into the computer before her hands trembled.  She took a deep breath to calm herself of her anxiety when the monitor on the wall started beeping, which signaled that there was something wrong with a heart monitor in one of the rooms.  The flashing red light beeped underneath the marking for Room #7, the room of the patient with no record.

Clara shot up from the desk and made her way down the dimly lit main hall.  With each step, she became more anxious until she reached the room.  She took a deep breath and opened the door.

She entered the darkened Room #7 as the heartbeat monitor beeped relentlessly.  Not knowing what could be ailing the elderly patient laying still on the hospital bed, Clara inched closer and closer to the woman, her gut turning over nervously.

She turned back nervously to look at the door.  “J-Janet!” Clara yelled, but there was no response.  She slowly put her fingers on the elderly woman’s neck to check for a pulse and was surprised to feel a steady beat.  Clara, puzzled, checked the heartbeat monitor to discover that the sensor had fallen off the patient’s finger and landed on the floor, setting the alarm off.  She felt a sigh of relief and knelt to the floor as she grabbed the sensor.  As she rose back up, Clara was greeted by the elderly patient staring at her.

Clara jumped and dropped the heartbeat sensor.  “Are… are you okay, ma’am?” she asked, frightened.

“Oh, deary,” the woman said.  “I was perfectly fine until someone yelled out for a ‘Janet’ while I was asleep.”

“I am so sorry, ma’am,” Clara said sheepishly.  “The heartbeat monitor went off, and I-I got nervous, so I…”

“No need to explain yourself, deary,” the woman said.  “All is well.  Just trying to get some humor in tonight.  My name is Isabella, and you are…?”

“Clara,” Isabella said.  “What a wonderful name for such a young, pretty thing like you.”

“Awe, thank you,” she said.  “I’ll let you get back to sleep, Isabella.  It was nice meeting you.”  She took a few steps toward the door.

“Wait,” Isabella said.  “Please don’t leave me yet.  It’s rather lonely here.  Would you mind sticking around for just a few minutes more?”

Clara learned long ago not to upset some of the more elderly patients lest yelling would occur, so she went back to Isabella’s side.  “Sure,” she said.  “But only for a tiny bit.”

“Thank you, deary,” she said.  “I’ll only take a moment of your time.  I used to be quite the catch back in my day.  All the boys would fight each other to try and gain my attention, much less my affection, but that can only happen for so long before age catches up.  I miss having those boys near me.  Does that happen to you too, Clara?”

“No, not really to that extent,” she said with a reserved smile.  “I mean, boys always come up to me, but I’m far too busy for a relationship right now.  I’m still in medical school.”

“Wasted beauty,” Isabella said.  “Life is ever so fleeting.  You’ve got to take advantage of your youth while you can.  Do you mind if I take a look at your hand, deary?  It’s been so long since I’ve seen a hand not covered in wrinkles or liver spots.”

Clara was uncomfortable, but she relented and gave her hand to Isabella.

“Ah yes,” she said as she grabbed Clara’s hand.  “So young; so pretty.  Thank you for being here for me.  This youthfulness will do just fine for me.”

Isabella’s grip grew tighter.  “Why yes.  Just the age I was waiting for.  I thought I was gonna have to settle for that older coworker of yours, but thankfully you came to my room instead.”

“Excuse me?” Clara asked.  She tried to pull her arm away, but Isabella was locked on tight.  Her skin started to tingle, and then burn.  “Please let go of me!  You’re hurting me!”

Isabella’s grip grew stronger every second, as her strength weened.

“What are you doing to me?!” Clara yelled.

“You’ve been wasting your youth, deary,” Isabella said with a devilish grin taking form.  “Don’t worry, I’ll put your beauty to good use.”

Clara’s hand withered away rapidly as her veins became more defined, her skin paler.  She dropped to her knees.

Isabella sat up, her liver spots gone, her body leaner.  She slid out of the bed and finally let go of Clara’s hand.

Clara laid frail on the ground, all of her strength sucked out of her, her body covered in wrinkles.  “W-what did you… do?” she asked.

“I just came for a fill-up, old-timer,” Isabella said as she neared the door.  “Make sure to get some good life insurance before you pass on.  Old age can take forever to kill you, but when it does, it hits like a freakin’ train.  Toodles!”  She left the room as Clara shook on the ground.

Clara was crying and shaking, unable to get to her feet.

“Don’t worry, I’ll get you right back into bed, ma’am,” Janet said as she picked up her and helped her onto the bed.  “I’m so sorry, my coworker Clara was supposed to be monitoring the rooms.  I don’t know where she’s gone off to.”

Ryan Sullivan is a short story writer based out of Hopatcong, New Jersey. A lover of all forms of fiction, nothing quite feels right to write other than horror. 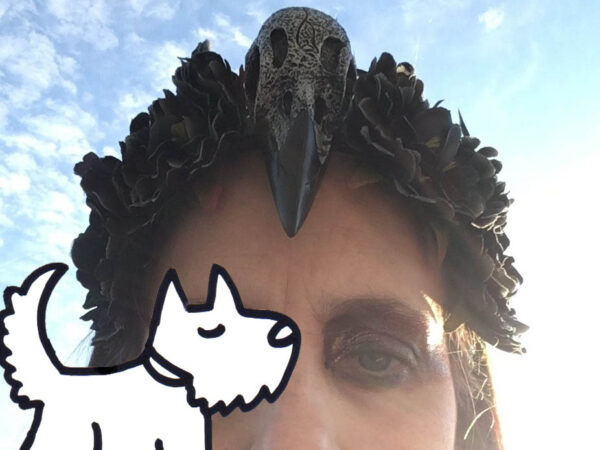