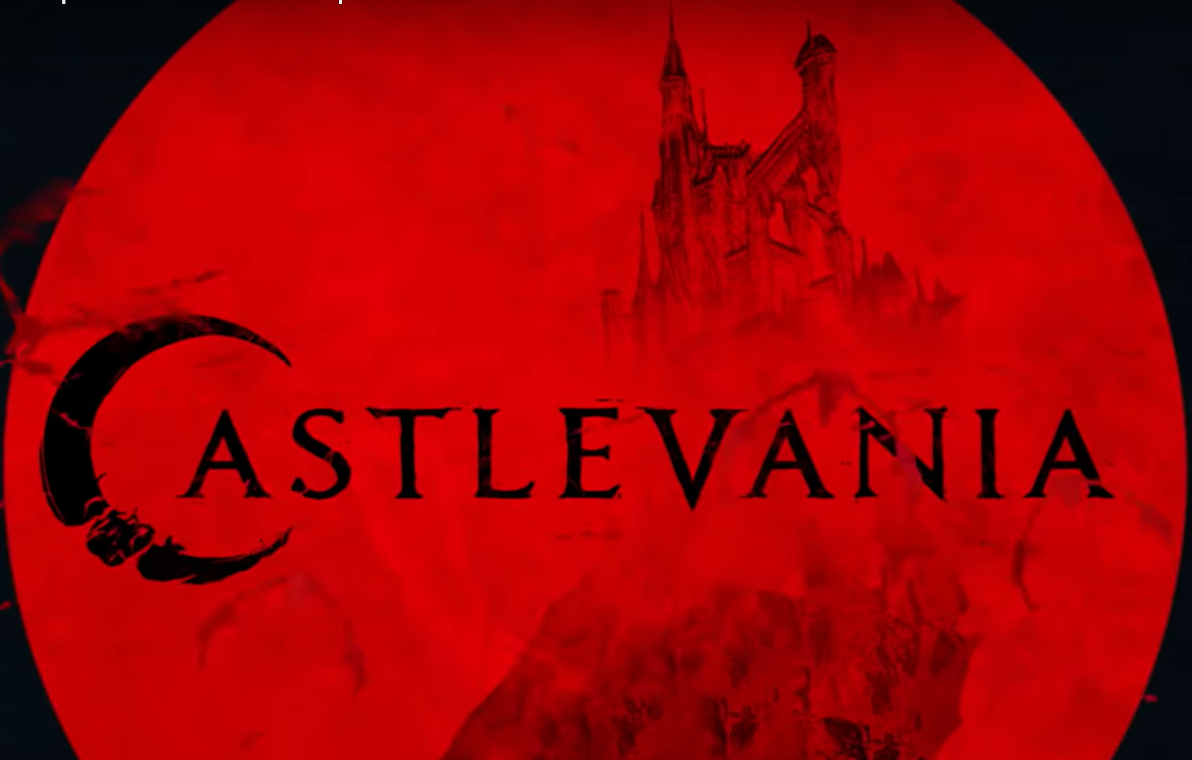 Castlevania S3 Episode 10 continues the assault on the priory. As the Infinite Corridor opens releasing the demons, Trevor and Sypha must defeat the legion alone. Saint Germain does little to help in this situation but ultimately is able to close the Infinite Corridor.

Lenore arrives in the counsel chambers of the vampire quartet with Hector in tow. She tells them she is using magic to make Hector comply with their wishes to create an army. This impresses the three other vampires but Lenore has demand to improve Hector’s comfort.

Isaac discovers the transmission mirror he has been seeking. He speaks with his night creatures about converting the people but letting the town stand.

Alucard returns to his old life of isolation. He is bitter about his interaction with Sumi and Taka and begins to see things his father’s way. He even begins to use some of his father’s warnings…

Episode 10 is mostly the resolution for Lindenfeld. The final battle for Lindenfeld is as epic as should be expected from this series. Trevor and Sypha are a stunning team to watch and that is all thanks to the animation team.

Keep Reading for the season review for more in-depth conclusion.

Castlevania S3 Episode 10 gets 4 out of 5 Cthulhus

Season 3 continues a singular characteristic of the series that with each season the world grows. This season includes some of the best visual work in the series so far.

My biggest take away with the end of this season is to paraphrase Sypha’s final comment. While the season is over and everyone came out ok, the audience doesn’t feel good about it. Now, maybe I’m different but I think most people will leave this season feeling similar.

Watching Sypha’s cheery, optimistic character dwindle in the last episode is hard. No matter when you figure out what’s going on with the Judge, it doesn’t hit near as hard as when you see Sypha’s realization.

Alucard’s ending is another hard one to watch. He’s once again let down by humanity and slips closer to his father’s ideals. I will comment on Alucard’s choice of positioning for Sumi and Taka in death. The two were inseparable in life and their punishment leaves them apart forever.

Isaac, I’m still cheering for. His efforts got him so far this season that hopefully we’ll see him kicking some vampire tail in season 4. Also, perhaps we’ll get the story behind the connection of The Visitor and Isaac.

Hector, at this point, should be thanking Lenore. He’s still alive and in a much better situation. Don’t feel back for him in the least.

Castlevania Season 3 gets 5 out of 5 Cthulhus.

Related Topics:adaptationCastlevaniaNetflixReviewvideo game
Up Next