Although it’s a commercially proven genre, horror doesn’t always get much respect. Still, some of the earliest films were horror. For example, J. Searle Dawley’s version of Frankenstein was released in 1910, and produced by Thomas Edison himself. Who was Thomas Edison? Well, if you haven’t heard of him, you should probably dust off your own grade school textbooks!

Edison is often considered America’s greatest inventor. While some reasonably believe he hogged credit for things, that’s not what we’re interested in here. At the very least, we know Edison slapped his name on a bunch of stuff and largely got away with it (Marvel’s Stan lee is sometimes accused of hogging credit for things, too).

One overlooked aspect of Edison is that he must have liked horror, and filming horrific things. Before the 1910 Frankenstein film, his company produced a very short film in 1895 called The Execution of Mary Stuart. The plot? It’s simply a visual depiction of the execution of Mary, Queen of Scots! Horror doesn’t get much more basic than that. The execution was fake, but is considered the first use of special effects on film.

In 1903, Edison’s company famously (and somewhat notoriously) filmed an actual execution of an elephant named Topsy, who apparently had killed someone. The film Electrocuting an Elephant was born. It’s not a totally unknown short film. In fact, the cartoon Bob’s Burgers dedicates much of an episode’s plot to it. Still, it’s some people may have missed that episode. It’s also debatable to what extent one should condemn Edison’s company for this. He could be considered a mere documentarian, after all.

Was Thomas Edison Just Into Shock?

The short answer would be “No,” because Edison’s company made non-horror films, too. Still, he didn’t shy away from titillation. In fact, a filmmaker associated with Thomas Edison was shocking, too. I’m talking about Edison Studios cameraman Edwin S. Porter’s The Great Train Robbery. Though it was made in 1903, The Great Train Robbery shows such things as a man being beaten to death with a brick, and a final shot of a bandit (played by Justus D. Barnes) firing a gun point blank at the audience. Also, Barnes looks cool as hell doing so!

In short, Edison and his people were definitely early innovators in shock cinema. Sure, there are some uncomfortable things about him, like that elephant film, and the fact his favorite movie was The Birth of a Nation (always an embarrassing thing to read about). However, credit must be given where it’s due.

While these short films may have lacked some qualities, they were a sign of what was to come in horror. The 1910 Frankenstein actually has a pretty freaky transformation sequence, where Dr. Frankenstein animates his monster. At the same time, the story tries to have heart. In fact, the plot description in Edison’s Kinetogram says “Edison Co. has carefully tried to eliminate all actual repulsive situations and to concentrate its endeavors upon the mystic and psychological problems that are to be found in this weird tale.” Nevertheless, this is a surprisingly freaky version of the story, especially for its scant 14 minute running time!

This suggests that, at least some people at “Edison Co.” wanted to balance the shock with an appeal to wider audience. This, of course, is a problem faced by many aspiring horror filmmakers. Should they just go for it and depict truly appaling things on screen, or should they play it safe and appease polite society? In any case, Thomas Edison’s productions made their decisions, and they were products of their time.

On that note, the 1910 Frankenstein was actually believed to be a lost film until the 1970s, when it was revealed by Alois F. Dettlaff, a film collector from Wisconsin. Weird, isn’t it? One of the earliest known horror films might have been perpetually lost, were it not for that one Wisconsinite! What if he chose to just leave it in an attic, or lost it in a fire?

What are your thoughts on Thomas Edison, the 1910 Frankenstein and/or poor Topsy? Let us know in the comments! 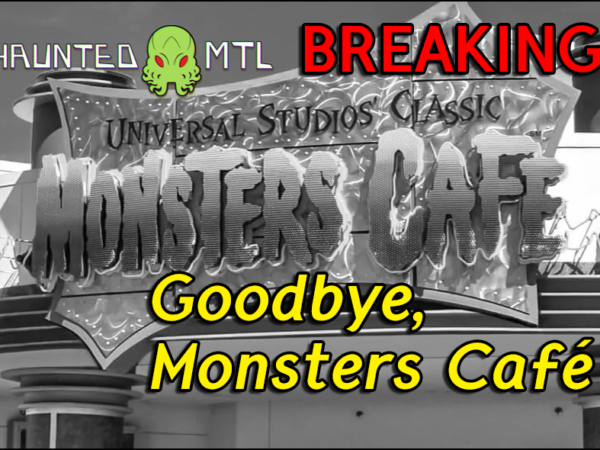 Notes from The Last Drive-In: S1E5

Shudder Acquires Horror Romance ‘Attachment’ Shudder has another new acquisition for their streaming library this… https://t.co/OyHoQP5dZM
6 hours ago

https://t.co/YMammh1Li7 Check out the latest episode of Streamin' Demons on Youtube. #podcasts #horrorfam https://t.co/pDlftYa13B
8 hours ago