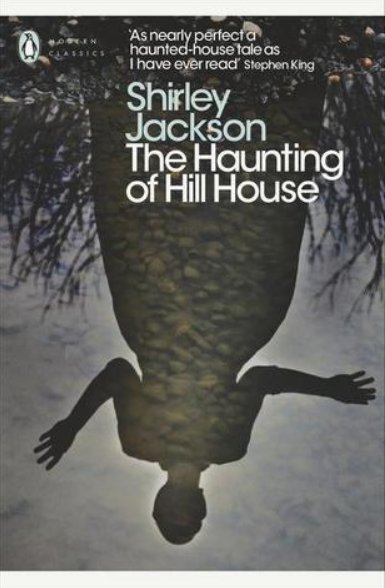 The Haunting of Hill House

You might have seen the Netflix mini-series The Haunting of Hill House. Or the 1999 film The Haunting. Maybe you even saw the 1963 film with the same name.

This is all great stuff. I have seen and enjoyed all of this. But my brothers and sisters in horror, have you ever read the source material? Have you read the original novel, published in 1959?

This is the first haunted house story. It’s the one that all others take from.

We start with the chilling, iconic description of Hill House, which sets the mood for the whole book. The writing is lyrical, beautiful. It draws you in, lulling you into a false sense of security. Eleanore stops in a small town on her way to Hill House, enchanted by a small child in a restaurant.

“Insist upon your cup of stars,” she thinks, and it’s a metaphor for her insisting upon her own joys after a lifetime of serving her family. We’re drawn into this bid for freedom right away. We want Eleanore to be happy. To find her cup of stars.

One thing that’s very different in the novel is that Dr. Montague never lied to the participants. Theo and Eleanore are well aware they’re walking into a haunted house and that their job is to record the haunting. I think that’s an important distinction. Eleanore especially knew what she was doing.

We soon meet our full cast of characters. Including the doctor and Eleanore, we have Theo and Luke. Theo is a bit of a party girl, and Luke is a member of the family who owns the house. Everyone seems to be getting along quite well, especially Eleanore and Theo. I understand that there have always been some suggestions that there was a love affair between the two. And I can say, you can feel the affection they have for each other right away.

It is in fact that affection that is twisted as the story continues. As the house starts to mess with them, Eleanore’s thoughts of Theo begin to change. Where at first she loved that Theo wanted to be the center of attention, she later thinks that Theo would do anything to get everyone’s attention.

The haunting starts slowly. And it, well it stays slow, to be honest. Doors will not stay open in Hill House, no matter what you do. At one point all of Theo’s clothes are covered in blood that later vanishes. At night there’s a horrible pounding on the doors. But during the day our crew seems fine.

This is something that strikes me. While the nights are horrifying, everyone seems okay during the day. No one seems worried, except for Eleanore. This leads me to a question that I have.

This is a question that I am left with, even after reading the whole novel. After thinking about it for quite some time, and after rewatching much of the Hill House content.

What proof do we have that Hill House is even haunted? Is it possible that all of the banging and blood was just in Eleanore’s imagination? What if the only thing that happened here was that Eleanore slowly went mad until she reached her final, tragic end? Is this a haunting in the traditional sense? Or was the only thing haunting Hill House Eleanore herself?

Film is a medium that novels don’t always translate to. In a story like Haunting of Hill House, the terror comes from doors that won’t stay open. From cold spots that can be felt but not registered on equipment. From a housekeeper that won’t stay on the grounds at night, but refuses to explain why. The terror is in watching a young woman, finally free of her oppressive family, slowly descending into madness.

It would make for a boring movie, even with Catherine Zeta-Jones and Owen Wilson. But it made for a singularly chilling novel.