In a small Arizona town called Juniper, hours from any big cities like Phoenix, Bill Davis loves the life he leads. Bill has a loving wife and two teenage daughters and a simple life. Juniper is filled with mom and pop stores. The locals are running their own town.

That is, until The Store is approved for construction in Juniper. As construction begins, animals flock to the site every morning to die, with no visible injuries or explanation. Bill Davis is skeptical of the store and its destruction of local land and wildlife. He is staunchly opposed to The Store, especially when his oldest daughter gets a part-time job at The Store as a cashier.

Sam Davis is subjected to cruel and sexual tests to pass to become an employee of The Store, and this is only the beginning. The looming presence of The Store increases and increases, until Bill Davis just can’t take it anymore. The Store runs local merchants out of business and becomes a monopoly – only in small towns that have no other option, Bill learns. Bill is on a mission to defeat The Store and restore Juniper back to its quirky small town ways. Will he succeed?

This novel is not for the light-hearted. Reading Bentley Little is always destined to be a sick and twisted ride, but The Store is easily high up on the list of Little’s most fucked up books. Bill Davis is a character afraid of nothing and commits some truly heinous acts towards the end of the novel. Just be warned. This one gets dark!

Bentley Little uses satire in this novel to make commentary on the big-box stores like Wal-Mart that dominate small town America. The Store becomes an overarching controller of any town they decide to build in. The Store forces residents to submit to a conglomerate with no other options. Little does a great job of balancing social commentary with hardcore horror. There are creatures in this novel that I won’t stop seeing in my dreams for a while!

Not for the squeamish, but this Bentley Little is a hit! 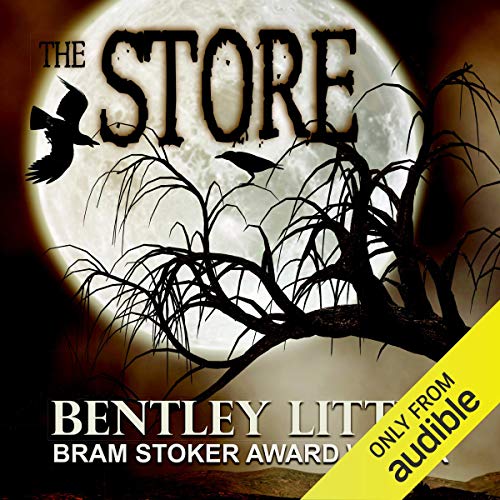 How the House Becomes Haunted: Simone St. James’ “The Book of Cold Cases”

Brutality and Ghost Stories: The Hunger Games Prequel “The Ballad of Songbirds and Snakes”