This week’s Weekly Wail is a special one.

Any of you fans of hitting up thrift stores for oddities? I am particularly fond of finding weird, creepy crap, and documenting my finds, some of which I take home with me.

My town is filled with thrift stores. One chain, Angelview, has three locations alone, to the point where you can say “let’s go to the good Angelview” and people know which one you mean. These finds are from the “good Angelview,” for the record.

So, what have I found on a recent trip? Let’s dive into this little shop of horrors.

This was one of the first things I stumbled onto when I entered was this VHS tape. It’s a Christian propaganda film about the dangers of Halloween and the holiday’s sinister origins. It was available for $1.99.

It feels like something that would be right at home in the YouTube channel Occult Demon Cassette and I wish I had a way to rip the tape.

10/10 in missed potential for internet clout.

Not sure if this is a candy dish or what, but this charming plastic spider was only $3.50! It definitely feels like a department store overstock find. A black disco spider.

I really don’t know what use this thing is. It’s not deep enough to hold a lot of candy, or at least a helping of candy that I’d approve of.

6/10 because maybe it is good for a candle or something?

Now we’re talking. This antique ritual container reminds me of the Satanic rituals of my youth where I was the official blood boy most years (#humblebrag). This authentic ritual item was only $4. I’d have picked it up, but I already have too many crimson vessels as it stands and I’m using them mostly as ice cream bowls these days.

This smart piece features some unique accouterments that lend this dark artifact some real and on-point aesthetics. The phallic symbolism is also quite bold, I must say.

7/10 because it’s too nice to actually use for goat blood.

I wasn’t aware that my VHS copy of Casper was floating around in town still, but here we are. Casper, the movie that was only really notable for this kickass Pizza Hut promotion comes complete in the clamshell packaging. Plus, it’s only $1.99.

Godzilla is a true nightmare and I felt my hand begin to burn shortly after I had taken the photo. I did not see a price tag on the box, but clearly it exacts its cost from one’s very soul.

4/10 mostly because I haven’t watched Casper in years and assume it holds up like all family movies do decades later.

2/3s of the Blade trilogy across two different formats? That is one hell of a buy if I do say so myself.

Regrettably, however, the pair all together would have broke the self-imposed $5 limit I placed upon myself, thus I had to pass on this pair of films.

5/10 for not me not really thinking of any Wesley Snipes tax jokes for this review.

There’s a monster at the end of this book

This book was only 99 cents, but I read it all in the store like a true bastard anarchist. I technically stole 99 cents worth of product from the thrift store.

I must go back for him. I regret only taking a photo and putting him back on the shelf. He was only $1.99.

How do you think this kid’s grandma reacted when she got it from the kid? How bitter was her stare? She lived through a depression, World War, the Reagan administration, and for what? A kid’s shitty craft project?

I love it. I could just feel the resentment radiating from it.

10/10 because you know they couldn’t move this thing at her estate sale.

The doll’s aura was immediately apparent when I caught sight of it. You can just tell those glassy eyes have been witness to at least two murder/suicides. And all that history could be yours for only $59.99.

Fun fact about my relationship with my wife (because that is why you are here, right?) – we are forbidden from purchasing dolls. We both realize we are monsters who would prank one another with the doll by sneaking it into spots and then lying about how the doll got there.

This doll, however, would have clearly murdered both of us in our sleep.

1/10 because its eyes kept following me around the store.

I would have picked up the Leprechaun collection had Leprechaun 2 been in the actual package. Sadly, $3.99 to two of the three films was not a risk I was willing to take. This is the one time Jennifer Aniston could not win me over, sadly.

1/10 because the missing Leprechaun 2 DVD broke my goddamn heart. 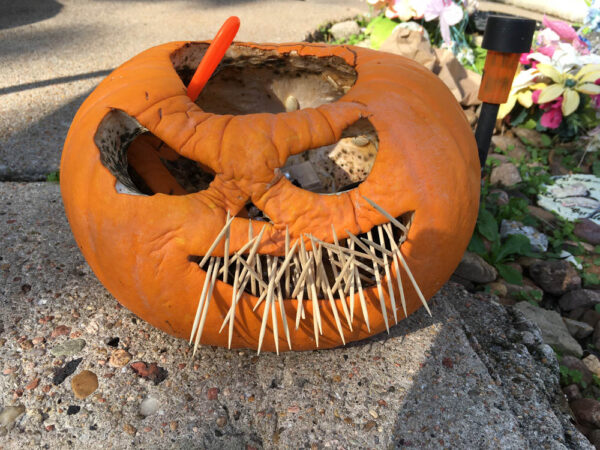