A Bit of History…

In 1993, Shadow of the Comet was released by Developer Infogramers. Despite the success of other adventure games like Sierra Gaming’s King’s Quest series and Space Quest series, the game fell into a niche category of horror that at the time wasn’t seeing many mainstream games.

Even today, most people don’t know this game exists. You will find Shadow of the Comet roaming around some Top 100 adventure gaming lists and on Top 10 horror gaming lists.

Shadow of the Comet, carrying the Call of Cthulhu overtitle, relates directly to Lovecraft’s work. It includes reference to tales such as The Dunwich Horror, The Shadow Over Innsmouth, and The Call of Cthulhu.

The game starts in 1910 with the arrival of John Parker, the player, reaching Illsmouth, an isolated town in New England. John arrives to follow in the footsteps on Lord Boleskine who photographed Halley’s Comet from this location in 1834.

As John moves around the small town, he finds that the town is involved in more than just fishing. Shady characters are around every corner and he never knows who means to do him harm. He will find himself dealing with an ancient cult the goes back eons.

Shadow of the Comet game controls use either the mouse or the keyboard. The problem with the mouse is you must hold down the button to move. Other games from the era require one click to move the character across the screen. This causes the player to almost always favor the keyboard to move and then transition to the mouse for an action.

By this point in time, most adventure games are using distinct icons to determine what action the character makes. The icon identifies which object to examine or pick up and causes the character to move toward it. Shadow of the Comet falls short in his area requiring the player to maneuver as close to the object as possible and use a generic interreact button to make something happen.

As for the graphics, the pixel character are pretty good for this time period. Even the character close ups are really well done and are clearly designed to honor actors and actresses in the industry.

Shadow of the Comet In Retrospect…

Shadow of the Comet plays like an interactive novel by today’s standards. The slow gameplay and annoyingly unexpected death decisions make for a frustrating game.

But, if you have some patience and are even a mild fan of Lovecraft, this game is worth the time and effort. Save often, try interacting with everything and everyone, and enjoy this like an addition to the Cthulhu Mythos.

In which Lila meets Dexter’s monster 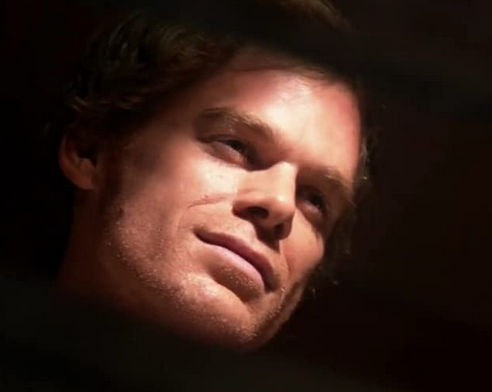 Don’t ever meet your heros, even if they’re your parents. Dexter season two, episode ten

Why do we do #Writerslift? Because we can find cool books like this! Jim is huge into education and can't wait to r… https://t.co/X58fCyXwBj
47 minutes ago

@TheMutantFam Who made this?
49 minutes ago