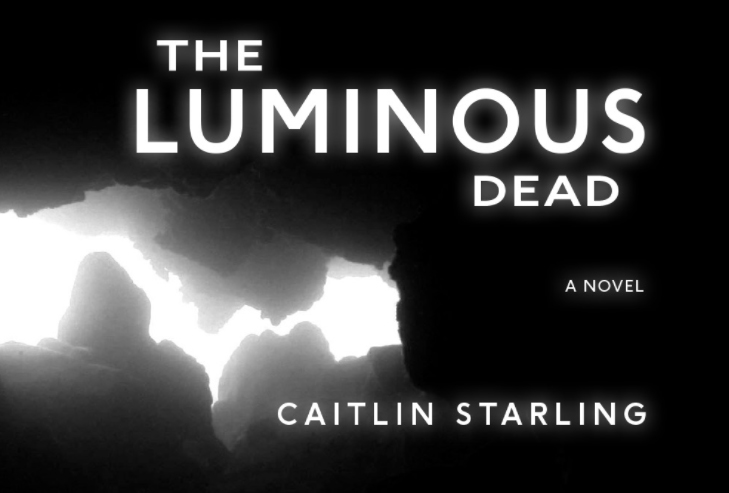 Caitlin Starling’s The Luminous Dead – maybe WFH isn’t so bad after all.

There’s a lot of things in Caitlin Starling’s The Luminous Dead that are relatable in our present day post-Covid world.  The isolation of working alone.  The inability to scratch an itch for fear of unknown contaminants invading your body.  Demanding bosses who want to control your every bodily function while waking you up at unreasonable hours with Zoom calls.  An ever growing feeling of existential dread with each passing day.  The threat of giant alien subterranean space worms that can move between rock molecules hunting you down and cutting you apart.  All things that can be a constant worry in these tremulous 2020 times and in a few centuries when humanity has spread capitalism to alien planets.  In an almost Michael Crichton like fashion, Caitlin Starling weaves a fast-paced, believable sci-fi thriller where mistakes of the past can rise to haunt the present.  Sometimes literally.

Allegory of the Cave aka: The Plot

Our protagonist Grye is a strong, confident, sarcastic, POC woman who may be in way over her head.  Desperate to get enough money to leave her inhospitable home planet of Casandra-V in order to search for the mother that left her behind, she lies about her work experience in order to get hired for a dangerous cave mapping expedition with terrible benefits and a very low survival rate.  Her only support on her expedition; her equally controlling and maniacally goal oriented boss and handler, Em.  But Em’s objectives for the expedition may not be as straightforward as Grye first assumes.

As the dangers of the expedition, and the bodies of the cavers that came before her, start to pileup, can Grye really trust Em, herself, or the fact that she’s truly alone on the expedition?

No meat and potatoes but lots of food canisters

The setup may be simple but the journey is anything but.  The claustrophobia of the cave, deadly submerged tunnels, malfunctioning suits and underground terrors known and unknown creeps in slowly as you read like a increasingly loud heartbeat.  While the cave may resemble some of our own earthly subterranean spaces, there’s always some unique and unexpected alien flora or fauna (did I mention GIANT WORMS) that reminds you this isn’t your casual earth spelunking. I wish I could tell you more of what to expect, but as the unforeseen happens, and contingency plans fail, it’s the terror of wondering what’s going to happen next to Grye that keeps you up at night biting your nails.

While the detailed and repetitive descriptions of Grye’s journey may put off some readers, the prompt realization that any wrong move on Grye or Em’s part is instant death for Grye makes for some realistic heart-pounding reading since when things go wrong for Grye they go very wrong.  It’s easy to fly through this book as if it was the hot summer blockbuster that we’re all currently missing.  The fact that both the main characters happen to be POC and LGBT just adds wonderful color to some already complex and believable characters.  The fine line between trust and betrayal, survival and death, obsession and determination; if you want to find out what it looks like look no further than The Luminous Dead. Oh, and there’s giant worms.

Paperbacks from Hell: The Twisted History of ’70s and ’80s Horror Fiction